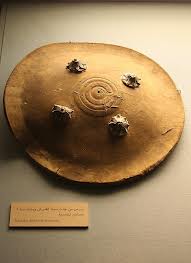 I don’t usually post on Thursdays, but something neat happened today. Well, interesting, at least.

I got into a theological debate today, which hasn’t happened in a really long time. I didn’t quite miss it. Anywho, I told a lady I was a Christian and I could tell that bothered her. Mostly by the way she cringed.

We talked for most of the morning and she relayed her various reasons why Christianity was wrong. I, of course, had my own opinions, but I’ve learned by this point that the best way to argue Christianity is to simply shut up. Listening is key to witnessing, so I did that: I listened, and to my surprise, I agreed with 90% of what she said!

She said that she hated how people use their religion to dominate and/or hate others. I agreed that was wrong. She said that she hated religion, and I said, “Hey, me, too!” (And I was honest). She told me to question every scripture I heart, and I replied that I had already been taught to do that by my own church.

More than once, she said to me, “You’ll never make it (as a Christian).” I think she fully expects me to lose my faith and fall away from God because I had something she didn’t expect to find in a Christian: a brain.

Listening to her, I quickly learned that she believed Christianity to be a brainless activity. Honestly, who could blame her? Hey, let’s all pray to the man in the sky, you know, the immortal one who died, but then he came back and wrote a book about it! Plus, you have stories of people doing the dumbest things in the name of religion. Who wouldn’t think it was stupid?

She said there is no logic in religion, it’s just faith that you have or don’t have. I replied, “Faith is something you choose to have or not.” She flat-out told me I was wrong on that part. I told her it was certainly true of my personal faith. Feelings come and go with the seasons; you won’t always “feel” your faith. That’s why you need faith that transcends feelings, so that in the inevitable times you don’t feel it, you’ll still have it.

It’s like love. You can NOT build a foundation of love on feelings alone. The warm fuzzies are fantastic, but you won’t always have them. When that happens, it’s not your heart, but your brain that remembers why you still love them. It’s not for the tingles; it’s because of who they are.

I am not a blind follower of Christ; I have my eyes fully fixed on him at all times. It’s true, I will follow him even though I don’t know all the answers, but if I didn’t know Jesus personally, I would not go anywhere with him.

Too many people trust in religion and tradition alone. That was one of this woman’s biggest complaints: they do what mom and dad say, never knowing why they do it. They have no clue what they really believe in or why they believe it. So when the hard questions come, when the pressure is on, they crumble. They fall away from God, humiliate themselves, or lash out at others. Or all of the above.

I did none of these things. It’s not because I’m a great person (I’m the biggest jerk I know), but because I involve my brain in my faith.

One of the church’s biggest faults is intolerance for doubt and questions. But doubts lead us to find what’s real and what’s not. Questions lead us to answers! When our faith begins to falter, it forces us to find God and see if he truly is all he says he is. This is called tempering faith.

The book of Ephesians calls faith a shield (Eph 6:16). For a shield to be made perfect, it must go through the fire. It must be hammered repeatedly. It must be ground into the perfect shape. A shield must be tempered for it to be effective.

My story has no magical ending. There was no magical moment where I proved her wrong and she became a Christian and a rainbow appeared over our heads. She went her way believing as she always had. But I still count it as a victory for me. Why? Because I was still standing.

Civil as she tried to be, this woman thew some mighty punches. She denounced the authority of the Bible. She said that Jesus was not the son of God. She said God had nothing to do with love. And while I listened calmly and patiently, my shield of faith blocked every single attack. Not one of her blows landed on my flesh.

Again, this is not because I’m some super-Christian. I’m just a guy, but I allowed my shield to be tested by questions that I asked myself. Is Jesus real? Does he really care? Can the Bible be trusted? I’d already asked all those things, and I’d already found the answers: yes, yes, and yes. So when the attacks came, I was ready, and my shield stayed firm because God had given me a faith that lasts through my feelings.

My brothers and sisters, do not try to avoid the hard questions. Don’t try to wiggle your way out of trials and temptations. EMBRACE THEM! Each test, each question, each trial tempers your faith. Embrace them to find the answers you seek, to know without a shadow of a doubt, and the more you learn, the more you endure, the less you wonder.

So test the Bible to see if it’s true. Test your pastor to see if what he says matches up with God. Ask questions and get answers. God will not abandon you because your faith is not perfect. On the contrary, he will lead you through and make your faith as hard as steel.

4 thoughts on “KA-PWING!–Why a Brain is Important in Christianity”