“So…your advice to me is to get advice?”

Yeah, pretty much. And no, this isn’t a shameless advert for my blog.

Titus 2: 3-8 instructs that older, more mature Christians should instruct the younger ones. Proverbs is an entire book about seeking wisdom and does so in the format of a teacher instructing his or her students. The Bible repeatedly says to seek wisdom and counsel, and why should dating be any different?

The best place to get advice about anything is from someone who is already successful in that area. For dating, find people who are happily married. Clearly, they know what it takes to make love work. And yes, love IS work, so find out how to do it. The longer they’ve been happily married, the better, but I’ve also known young couples who have fantastic advice. You can also learn from books, websites, public speakers, et cetera, just make sure they’ve been in a good relationship long enough to know what they’re talking about.

And so, as a man who has been with the same woman for 4 years, married 2, and seen dramatic growth in himself, his wife, and his relationship, I want to wrap up this series with a miscellaneous hodgepodge of dating advice that I’ve accumulated, but don’t require an entire blog post.

I hope you find them useful!

Listen–I know you’ve heard that a hundred times, but it’s a lesson you’ll have to keep learning. Don’t be focused on how to fix it, don’t wait for your turn to talk, and certainly don’t tune out until she shuts up. LISTEN. Look at her, open your ears, and shut out all else. She wants to know she’s valuable to you. Is she?

Talk–Of course, a good woman will want you do to your own fair share of talking, too. Open up. The “dark, mysterious man” is the stuff of teen fiction, scrap it now. You don’t have to share every fear and desire, especially early on, but speak honestly to her. The more she sees of you, the more she can love. If you’re afraid she won’t like it, work on it and let her know you are. You’re human, and she must allow you to be human.

Be Safe–One of the simplest needs a human being has is the need for safety, and women put high value on it. Don’t be the scary man. He’s not strong; he’s a child who tries to intimidate. Don’t be a coward, either, or she’ll never go to you. You don’t have to be a bodyguard, just a safe place for her heart.

Groom Thyself–I’m not asking you to get laser hair removal or tweeze your nose hairs. Just do the simple stuff: shower regularly, keep your hair neat both on your head and face, wear clothes that are still in one piece. You don’t have to be rich to do these things, just keep up with yourself–slobs are not attractive.

Class is sexier than swag. I wish I could find that poster that says “Class is for men, Swag is for boys.” Show some respect, have confidence, don’t try to show off, simply put, be a gentleman, emphasis on MAN.

Respect him–Guys spell love “R-E-S-P-E-C-T.” Nothing can destroy a man like the woman he loves. Let him know you believe in him. If you show you have confidence in him and treat him like a man, not a boy, he’ll feel the same way you do when he strokes your cheek.

Be Safe–Guys need this, too. Believe it or not, men really do want to know and be known, we’re just told over and over we shouldn’t, and it’s hard to be vulnerable. Keep his secrets, respect him in spite of his flaws, and encourage him to keep growing.

Allure–Please read this carefully: I said “allure,” not “seduce” or “manipulate”. To allure is to show off your beauty. Physical beauty is included in this, but true beauty goes a lot deeper. Every woman has a beauty to unveil, so find yours. Sometimes, it’s doing your hair and putting the right clothes on. Sometimes, it’s showing your strength. Sometimes, it’s a display or confidence. Sometimes, it’s cracking your wit. Sometimes, it’s all of these things and whatever else makes you you.

This is especially true if you’re trying to get a man to notice you. Us guys are kind of dumb; subtle doesn’t work. Get his attention by showing him who you are. Again, this is not a call to be raunchy; that’ll only get him to try to buy something that isn’t for sale. You’re more than a body, so show him the fullness of you.

FOR BOTH OF YOU 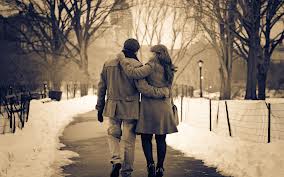 Seek God together–Prayer, Bible reading, discussion, whatever form it takes, try to forge a spiritual life together. If you’re dating to marry, this is doubly critical. Forging a spiritual unity will unify the rest of your relationship and prepare you for a long journey together.

Think in terms of “we.”–When you’re first dating, you may still think like an individual, but the longer you’re with someone, the more you should be thinking in terms of “we.” You’re not yet “one flesh” as the Bible calls it, but it’s fantastic practice for the future, because when you ARE one flesh, every single decision you make must be in terms of “we.” But on that note…

Collaborate, don’t Compromise–Compromise means you both only get half of what you want. Whatever your decision, work to find an option that you both are giving 100% “yes.” This is much harder work than compromise, but it unites you in a way that compromise cannot. This is more for those who are engaged, but something to think about for the dating crowd.