Westboro Baptist. Prosperity Gospel-ists. Seventh-Day Adventists. Post-Millennial/Pre-Millennial Tribulationists. Calvinists. Armenians. The-ark-of-the-covenant-was-actually-purple church. Okay, I made up that last one, but it’s no sillier than the others. Every one of them is some sort of Christian extreme.

And that was only a handful. There are extremist sects of Christianity everywhere, and they’re all defining themselves by their views on x, y, or z topic. Here’s the problem: Extreme Christians define themselves by something other than Jesus. They may yet be Christians, depending on the group, but every last one points out a single issue by which they will live and die.

The Prosperity Gospel jokers live and die for nameless faith. If you have faith, the mountain will split open with candy like a rocky pinata. The Seventh-Day Adventists will live and die for “soul sleep,” meaning that when you die, your soul is in a cold-storage like state until the end times. Minor issue, isn’t it? The disciples of the End Times will go to war over whether Jesus is coming back before, during, or after the Great Tribulation, or perhaps all of the above! Gasp! And Westboro Baptists gives 100% of their energy to judgement, law, and just making people reeeeaaally angry.

Paul dealt with this. In 1 Corinthians 1:12-13, he spoke about the divisions in the church. “…each of you says, ‘I am of Paul,’ or ‘I am of Apollos,’ or ‘I am of [Peter]’, or ‘I am of Christ.’ Is Christ divided? Was Paul crucified for you? Or were you baptized in the name of Paul?” (NKJV). Basically, people were all like, “Paul, we stand by you and only listen to you and nobody else who preaches Christ!” And Paul was like, “K, Y?”

I know “Moderation in All Things” is not a Bible quote, but it’s still darn Biblical. Picture Christianity as a bubble if you will because bubbles are pretty. Christ stands in the middle of Christianity because, doy, he’s Christ. Where should we be in this bubble? As close to Jesus as physically possible (John 15:5, abide in me). Where is the extremist? He’s so fascinated by the mirror sheen of the bubble’s edge, that he’s pressing into it, trying to feel it, see what exactly makes it reflect light in that way, until he pushes so hard that POP!

Is there anything wrong with agreeing with X train of thought or Y train of thought? No, of course not. But we should define ourselves by Jesus, not a part of Jesus and certainly not a single Biblical issue. 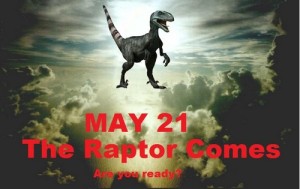 And for every other issue, whittle it down to the main point and you get rid of all extremist silliness. Calvinists and Armenians argue over the specifics of grace and sovereignty, but what’s the point? God is sovereign and full of grace. End-times scholars scream with their pitchforks raised high on when Jesus will return. But what’s the point? Jesus be coming back, yo!

Now, just as a disclaimer, there is ONE extreme that I’m totally okay with: Christianity. To be a Christian is to stand radically against the whole world and what it believes is right. This is what Jesus means when he said “everyone will hate you because of me” (Mark 13:13). Christianity is extreme, and the verse goes on to say, “But he who endures to the end shall be saved.” God will honor those who stand for Christ when the world says to stand for anything else. This is the one extreme honored by God. Everything else just makes him weep.

I stand with Paul. “Is Christ divided?” No, but we certainly are, and it’s all because we get too far from Jesus to examine the particulars. We “miss the forest for the trees,” Jesus says. (John 5:39-40, Message version).

Show a little moderation. Take Christ for all he is. The outer edges will take care of themselves if the center holds fast.

Stay in the bubble.

5 thoughts on “The Frayed Edges”