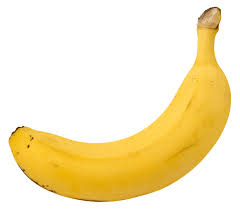 This is one of those stories you’re glad happened to somebody else.

So Dustin came home and had a little chat with the fruity offender. “Why?” was all he could ask. What could possess a child to spread banana all over something so expensive? Personally, I had chalked it up to “He’s a kid. Kids are dumb.” But the boy’s response was infinitely deeper.

“I wanted Mommy and Daddy to play with me.”

I’d pass you the tissues, but this is the internet.

Dustin said it was a knife to the heart. He reflected on all he’d been doing lately: playing bass in a band, playing bass for the church, doing sound tech for the church, participating in our mutual nonprofit, Lock and Key, attending two church-related meetings a week, and working a full-time job. What time he did get with his two kids took away from time with his wife. My friend was suffocating in a pool of “stuff.” It had already driven him to tears and anger, and now it drove his son to $2,000 finger-painting.

What really interested me is that most of the stuff drowning Dustin was in church or some kind of ministry. God wants us to build up his kingdom in the world, but that has to start in our homes.

The Bible talks about parenting a lot more than it does about church. A lot of Christians don’t want me to say that; they think that if you’re not giving your heart and soul to the church, you’re a bad Christian. That’s baloney. 1 Timothy 3 and Titus both talk about the qualifications of church leaders. You know what one is? That he has raised his children well. 1 Tim 3:5 says “for if a man does not how to rule his own house, how will he take care of the church of God?” You may say, “but that’s leadership.” The point still stands: God would rather you fix your kids than build the church.

Deuteronomy 6 talks about teaching your children the Scriptures throughout the day every day, using every opportunity available to you to teach your children. That doesn’t mean you talk about Jesus nonstop while ignoring your kid’s bully troubles. It means that YOU as a parent, are the child’s primary spiritual educator, not your church, not your parents, certainly not teachers. It’s you. And to do this, you must be around them. A lot.

Dustin learned this the hard way. He had put his ministry, his works, first, and his children somewhere down the line. Fortunately, the guy can take a hint. He quit almost everything, even those areas that badly need him. I was with Dustin in Lock and Key, and it was their testimony that drove a lot of the nonprofit’s recent success. But I did not and will not condemn him. He’s not falling away from the faith; he’s focusing on the most important thing: the two beautiful children God gave him.

So now, my friend is down to his job, playing bass on some Sundays, and going to most, but not all, of his church meetings. That leaves plenty of time with his kids, and even more with his wife, or best of all, as a whole family. Dustin refuses to become another statistic, another wayward dad who cared about his works more than his kids.

I’m not a dad yet, but guys like me are looking to examples like Dustin’s so that we can know how to raise our kids well. Because you can see it on their 3-year-old and 4-year-old’s faces: they love Daddy with all their heart.

FYI, the TV is fine. The banana didn’t make it.

2 thoughts on “Bananas, TV, and Parenting”