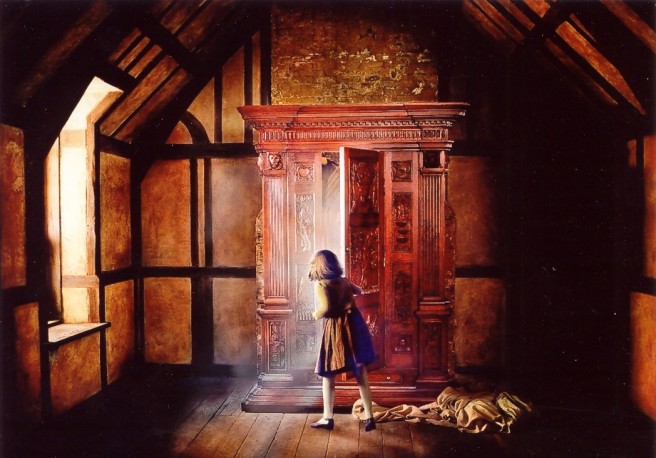 My new year began with a good, old-fashioned verbal beatdown. Long story short, my good friend tore into me and showed me that I expect God to do things my way. I have my plans and dreams and God is going to do this, then that, then the other thing, and if it doesn’t work that way, clearly something is wrong. But my friend reminded me of what C.S. Lewis wrote at the end of The Lion, The Witch, and The Wardrobe. The kids want to get back into Narnia through the wardrobe, but the wise Professor Kirke says, “You won’t get into Narnia again by that route.”

I’d always heard the Bible verse about how God’s mercies are new every morning (Lamentation 3:22-23), but it seems I never quite understood it. I took “new” to mean “renewed,” like the sun. It’s the same sun every day, just passing over another time. But that’s not what “new” means at all. Inherently, “new” means “different,” “separate from the old.” The Oxford Dictionary of English says “not existing before.” God doesn’t recycle his mercies; he creates new ones every day. “You won’t get into Narnia again by that route.”

Does this mean he is not constant? Of course not. I think of a baker. Every day, he puts out new donuts. They aren’t yesterday’s donuts (I hope) or rehashed donuts we’ve already eaten (I REALLY hope). They’re fresh. They make look, smell, and taste the same, but they are new.

This terrifies me as a human being. I don’t want new, I want renewed. Sure, I want new when the old was painful or unpleasant, but when I find something I like, I want it over and over until I’m bored with it, if I ever get bored. I’m a man of habits. I love the familiar, comfortable, and safe.

But I won’t get back into Narnia by that route. God creates new mercies every day. Why?

1. Because We Get Stuck on Methods

Go back up two paragraphs to how much I like habits and familiarity. Notice how I never once said I liked God. This is what happens to me and countless other Christians. We like a particular blessing from God and we seek it diligently, not realizing that God is no longer in the wardrobe. And we wonder why we can’t get in.

My desperation for familiarity has always brought me trouble. I’ve ruined date nights because I couldn’t recapture the magic of the past date night, so I sulked through the night. My wife LOVES that, by the way. But really, it’s stupid, isn’t it? How can I possibly reclaim the magic of before without actually going back to it? I proposed to my wife in front of the St. Louis Art Museum. No matter how many times we revisit that spot, it will never have as much magic as sliding that ring on her finger for the first time.

So what’s your preferred blessing? What’s your wardrobe?

God’s character is constant, but his methods always change. It’s actually his character that brings about change. Why?

God is a creator. He’d be less of himself if he became too familiar. Do you think God stopped being a creator on the 7th Day in Genesis? Malachi 3:6 says God never changes. Thus, he is still a creator, and creators are, duh, creative. They think outside the box, or in this case, our tiny human minds, and find new avenues.

3. Because God Has a Better Idea

Don’t get me wrong. God isn’t a jerk in the sky who is trying to drive us away from happiness, quite the opposite! Think about it: God is omniscient and omnipotent; he knows all and can do all. How could I possible come up with a better plan than this guy? I have my own ideas of what works and does not work, but if God were a broken record in my life, it would constantly be saying, “I have a better idea.”

I really don’t think it’s coincidence that my friend, who will soon be my pastor, told me this on January 1st. God spoke to me through my friend, and i saw my mission for the year. I want to trust God to make my life work, even if it doesn’t follow the formula I think it should. I think a big part of the reason 2013 was so hard on me was I thought I had everything figured out, but God yanked me out of my pleasant daydreams.

I thought I’d have a job right after my ministry internship. God thwarted me because…
I never wanted to work with insurance again. God got me a job working for the Healthcare Reform, making more money than ever.
I thought I’d stay where I was for a while. God moved us someplace better.
I thought we wouldn’t try having kids until 2015. God told us to start trying right now.

Looking over the incoming year, I see a lot coming my way. Sprouting a church plant, getting my writing published, kids, shifting relationships, financial hurdles. It will not be like last year, nor will today be like yesterday. I know without a doubt God will lead me through every bit of it. But I’m a fool if I think he’ll do it my way. Frank Sinatra, eat your heart out.