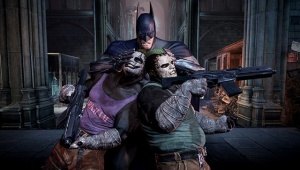 Everyone knows that the Arkham games are the best thing to happen to Batman since the animated series. I, personally, am waiting eagerly for Arkham Knight. I’m also waiting eagerly for a PS4, but Santa Claus doesn’t visit 26-year-olds. Anyway, playing Arkham City for the 22nd time, I began to correlate a few things between Batman and the depression from which I suffer. No, this is not about Batman’s brooding attitude or grim outlook on life. Rather, this is about his gadgets.

While I was talking to my counselor one day, he told me how every little method I learn for fighting depression is another tool in my belt. Any normal guy would think of a guy in his garage with an actual tool belt. I think of Batman, and all those awesome gadgets he has: explosive gel for getting through walls, the line launcher for crossing gaps, and the batarang for beating people up.

But you don’t start with all your gadgets; the game begins with about 5, but eventually grows to about 12. So in the beginning, there isn’t a ton you can do. As the game progresses, you get more and more gadgets, each of which is a new tool to open puzzles or hurt bad guys. Anyone who’s played this game knows that if you’ll have to use pretty much every single gadget in order to beat the game and get all the secrets. Every gadget serves a different, unique purpose. 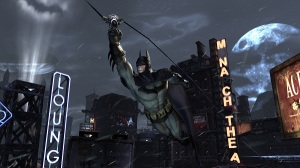 Here are some of the tools I’ve learned that have helped me:

It takes wisdom to know which gadget to use where, but wisdom comes with experience. The point of all this is to fight. FIGHT. I’m not saying think positive thoughts until you feel better. Grief is real; acknowledge it. But don’t give way to depression. Depression is strong and there will be many times you lose. However, the more tools you have on your belt, the more weapons you have against the darkness. 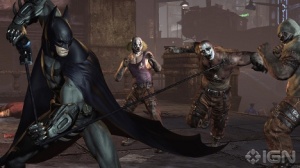 I’ve been there, I’ve done that, and I’m still doing it. I’m in counselling, I’ve recently started taking an antidepressant, I’ve had to be honest with myself and go down some terrible places in my mind, I’ve had to pray away evil spirits, I’ve had to forgive those who’ve hurt me and forgive myself, too. I’ve used every last one of those tools and I’m still using them today.

And you know what? I’m happy. I’m happy more often than I am depressed. For the first time ever, I’m seeing Joy win against sorrow. I’m able to take the blows of life and roll with them more often than before. I am not immune to depression by a long shot, but I am at long last seeing positive progress. You need a variety of weapons against this monster. The strongest of all these is God and I encourage you to let the creator of the world fight with you. But don’t get into the Christian trap of praying away every sorrow. God used these tools too. He gave Elijah sleep and food (1 Kings 19: 1-8) ; He gave Job a scolding (Job 38-41); He gave Peter love and forgiveness (John 21:15-19); He gives to each what each needs.

Pull a Batman and fight that evil with every gadget you possess. And hey, if you need someone to talk to, my contact info is on the About page (link at the top). As Batman said in The Killing Joke, “Who knows? Maybe I’ve been there…maybe I can help.”

4 thoughts on “What Batman Can Teach You About Fighting Depression”