This is a continuing series. As I am rapidly “growing up” I find less and less time to play video games, so I’m celebrating my top ten favorites over a lifetime of playing and the impacts that games have had on me. See Number 3.

Now, we go back to the origins of my personal gaming history. I was fortunate to have my childhood right in the Super Nintendo era. My friend got a console and I watched in awe. I’d played the old NES, but I was too little to appreciate it. Now, I understood how fun a video game could be. And while Super Mario was at his finest, it was another game that captivated me and made me want a Super NES more than anything. It was the game that made me a gamer: Donkey Kong Country. 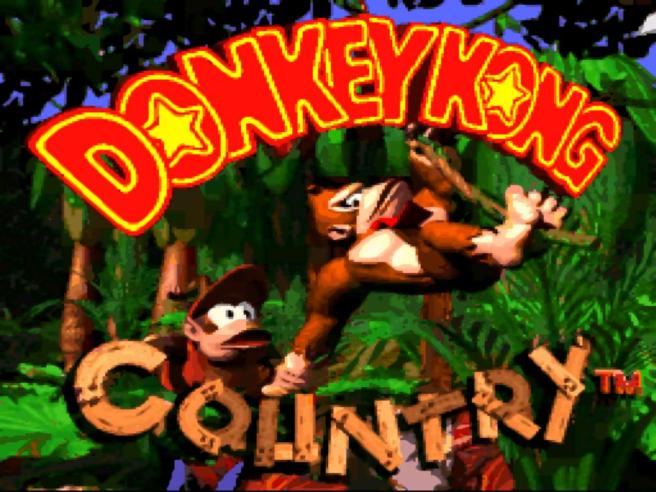 First of all, just look at those graphics. Look at them! While Mario was still a 2-D paint job, Donkey Kong was blazing the 3-D trail. This game is TWENTY YEARS OLD and it still looks incredible. The worlds and models were detailed enough to look somewhat realistic, yet cartoony enough to age gracefully. This was a perfect mix to make an absolutely beautiful-looking game.

Of course, pretty means nothing if the gameplay is rotten. Fortunately, Donkey Kong is another one of those delightfully simple games. The plot is that a fat crocodile in a crown stole your bananas. Why? I don’t know, but you get to roll, jump, and barrel-blast your way through a ton of baddies in dozens of beautiful worlds with rich textures. I recently beat this game with 100%, spent decent time finding all the secrets (and dying a lot), but still finished in about 2 hours. When the mechanics are that fun, length doesn’t matter because you can play over and over and over.

But the real reason this game is on the list? The music. Oh sweet synthesizers, Batman, the music in this game is divine. Almost every track is pure gold. The soundtrack perfectly captures the mood of every area, from the upbeat jungle percussions, to the quiet and eerie caves, to the frantic mine cart chases, to the chaotic boss battles. This game leans a lot towards percussion and bass, which is the perfect sound for Donkey Kong’s large and lumbering frame. The game even uses monkey sounds for musical effects, which has NEVER been a good thing except here! 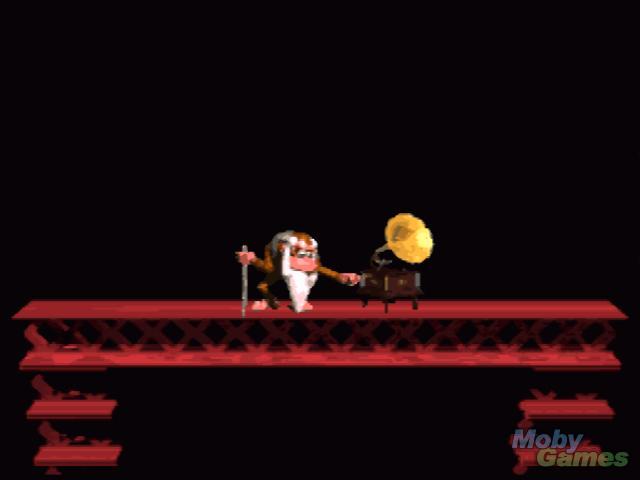 The water level music, “Aquatic Ambience”, makes me cry. So smooth, sweet, and beautiful. It mixes the lightness of the piano, harp, and violin, the background beats that remind you you’re in a jungle, and the occasional electric guitar whine for a dash of epicness. Good music is like good food: anybody can follow the recipe, but only the great know how to create them, to sprinkle in the perfect ingredients to cook up a delectable masterpiece.

And what good game doesn’t have good final boss music? “Gang-Plank Galleon” begins as an accordion piece, fitting the pirate ship. Then comes the bass and percussion that so represents the big Donkey Kong. Then throw in an electric guitar that symbolizes the youth and energy of Diddy. Then, mix the three sounds together in a speedy madness that’s just as much a battle as the level itself.

Don’t believe me? Click here and listen for yourself! “Life in the Mines” sounds like a lot of mining equipment. “Northern Hemispheres” sounds like an increasingly-worse snowstorm. “Fear Factory” uses more modern drums and guitars to sound like machinery. “K. Rool’s Cacophony” is the Game-Over track, a discordant, haunting piece that sounds like utter failure and defeat. And where many game tracks go in 30-60-second loops, Donkey Kong generally goes 2-3 minutes, letting each song really mature and develop. 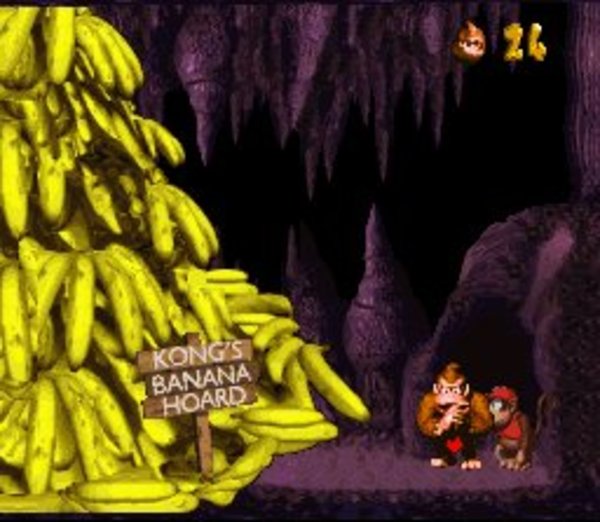 I know all this sounds like a lot of perspective, but look at the facts: Donkey Kong was the late-comer, but still rose to match the Nintendo Trifecta: Mario, Zelda, and Metroid. This game received high critical praise at the time and even today makes many top-ten lists for great gameplay and music. After the original trilogy, Donkey Kong would generally fall into obscurity, but like I said, 20 years later, the original remains the King Kong.

Actually, I had a hard time choosing between this game and Donkey Kong Country 2: Diddy’s Kong Quest (Donkey Kong 3 didn’t even come close. No. Just no.). DK2 is a lot more of the same: more awesome gameplay with a new partner who can hover, awesome designs, and ingenious music. But I settled on DK1 for two reasons: One, DK1 has that thin layer of grit, and while that makes it graphically inferior, it also adds a certain character, like streaks of gray hair.

But the big one was that Donkey Kong 1 made me a gamer. It drew me in and introduced me into this awesome world of imagination. I have this game to thank for many years of enjoyment, more than Mario, Tetris, Pac-Man or anything else. I truly think this game is one for the history books, and if it’s not, then it certainly is for me.

Next week, check out the final entry, game number 1!

QUESTION: What video game introduced you to games as a whole? What title really drew you in, old or new?