It’s been right around four months since I left my home of St. Louis, Missouri. While I only lived in the city proper for about three years, I lived in the area my entire life. St. Louis was always RIGHT THERE, and now…it’s gone. And I miss it so bad it hurts sometimes.

Thankfully, I got to enjoy so much of what this glorious little city has to offer, mostly thanks to my city-native wife who showed me pretty much everything on this list.

So, I thought I’d show a little StL love by counting down my favorite memories of St. Louis. And I had to narrow it down to get just ten! 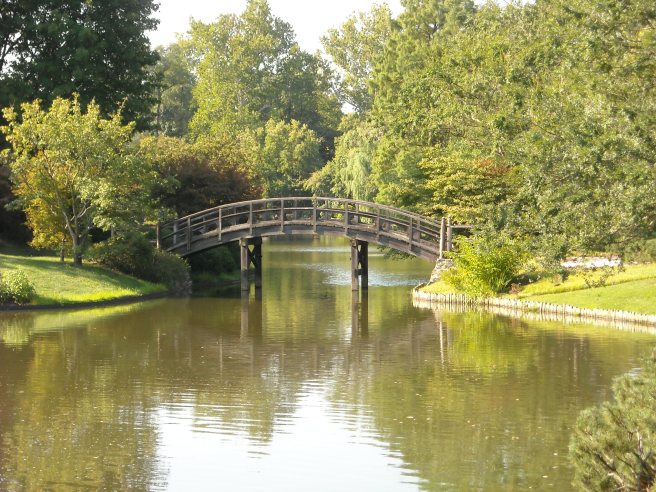 I never understood the majesty of this place until I worked there one summer (2012, the hottest summer in St. Louis history). The amount of time and effort it takes to maintain the beautiful grounds is unappreciated, but the gardens themselves are spectacular, and cheaper to St. Louis residents. Come by for a gorgeous nature walk, particularly the Japanese gardens.

It’s a beautiful place, and incidentally one of the best jobs I ever had. 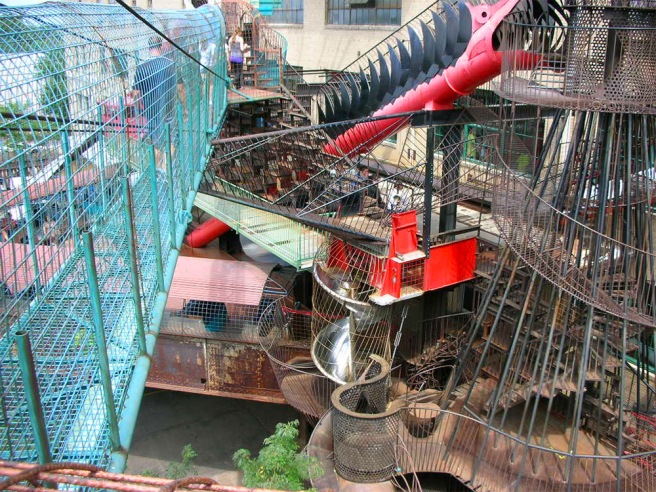 No, it’s not a stuffy hall of history or art. It’s one of the weirdest friggin’ places you’ll ever see. It’s a grown-up funland where you can crawl, run, jump, and slide through adult-oriented play areas.

I didn’t go terribly often, but this is one of the coolest ideas I’ve ever seen, so I had to put it on this list. And if you don’t believe me, look at that picture again. THAT’S ON THE ROOF! 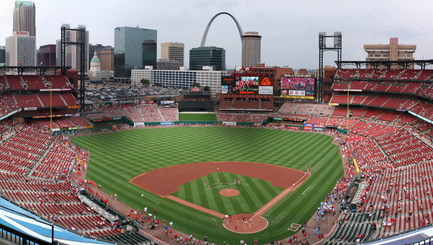 I still remember the old arch-windowed stadium, but this newer one is not bad at all. I’ve never been much into sports, but I’ve always loved going to Cards games. The Cardinals are a great baseball team and being a fan is just plain fun.

But I have one particularly awesome memory. My dad got tickets for seats five rows behind first base back when Albert Pujols was first baseman and a Cardinal superstar. It was a three-generation Blaylock men night: my dad, my granddad, my brother, and myself. Better yet, my 80-year-old granddad could practically see the stadium from his house, but had NEVER been to a Cardinals game, so we all got to go to his first game.

And the Cards won in the most spectacular fashion I’ve ever known. In one inning, the Cards got so many runs that they ran through the entire roster! I still have the scorecard as souvenir! So it was a three-generation guys night for my granddad’s first Cards game at the stadium and the Cards knocked it out of the park more times than my scorecard could handle.

I’m not into sports at all, but I DARE you to top that experience!

I am rapidly turning into a hipster and I blame the Loop. It’s a section of Delmar Boulevard near Forest Park in the Central West End (you don’t have to know what that means, I’m just flashing my StL creds). It’s a sort of hipster street, but not the polished, ten-million-dollar-tee-shirt kind. The underground, do-it-for-the-love, still-smell-like-reefer kind.

One of my great regrets is that I never got the chance to experience as much of the Loop as I wanted to. If you ever go, you could spend an entire vacation there, not even joking.

And it’s right next to… 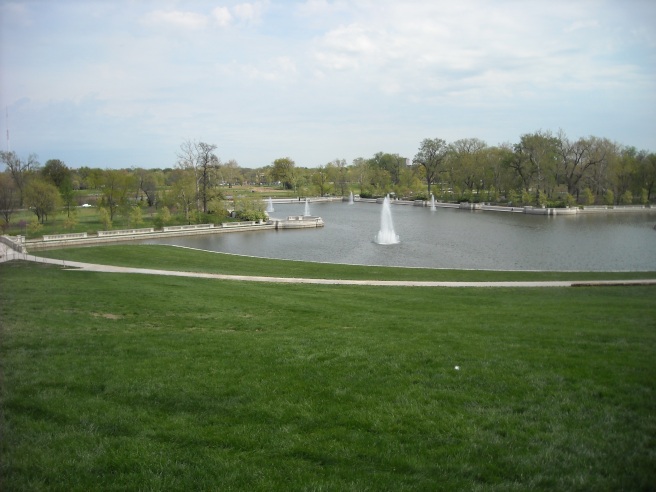 According to the Huffington Post, Forest Park is “almost fifty percent bigger than Central Park” (source, #3). That’s pretty big, but what is in it?

First of all, shut up! It’s a park! It’s a massive area of greenery right smack dab in the middle of a major city. Nature is gorgeous, so just go for a walk and enjoy it!

But if you must have more, there’s the Muny (an outdoor theater), the art museum, the zoo, gorgeous fountains, outdoor venues and concerts, stunning-yet-simple architecture, a skating rink, the World’s Fair Pavilion, bike paths, charity runs, fishing, boat rentals, and I’m sure I’ve missed a few things.

Just thinking about Forest Park sends a pang through my heart. If you go, just stop and look around. Behold the perfect mixture of natural and man-made beauty. Such a combination is so rarely found in life. Savor it. I do. 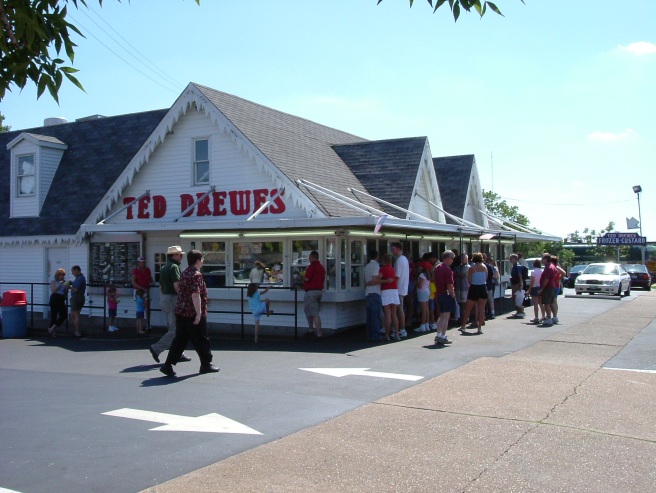 The most famous is Ted Drewes’ Frozen Custard (technically not ice cream, but technically shut up). It’s just delicious. Even the vanilla tastes sublime. I can’t say anything better; it’s phenomenal ice cream and my in-laws just happen to live nearby, so visiting them is fun!

Ted’s popularity apparently allowed him to expand his business to beyond two shops, but Ted said no. He wanted his frozen custard business to stay small and local. I love the passion in that. Granted, this is just a story I heard, but when you see the lines, you’ll think it’s true.

I don’t miss the cake; my wife has the best recipe I ever had, even in St. Louis! But she can’t replicate the ice cream. Doggone it. 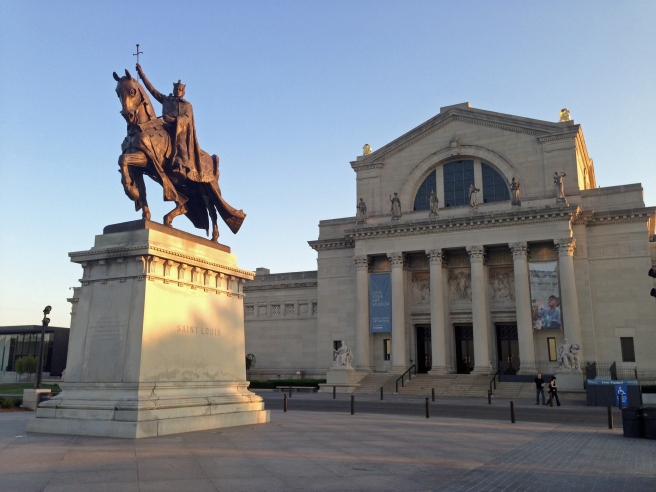 I never imagined that zoos and art museums weren’t free until I left the city and balked at the prices. Those three attractions alone are massive and it’s hard to see or fully appreciate it all in a single visit (and even if you do, you’ll want to come back).

Yes, special attractions cost, but there are tons of basics to enjoy without paying a dime. Even parking is free (there are paid lots, but you can ignore them if you’re willing to walk an extra sixty seconds).

And though they’re free, they’re not cheap. The Science Center is a wonderland of learning. The Zoo is packed with awesome animals. And the Art Museum…well, that’s one of the most beautiful places I’ve ever seen. The building itself is a work of art.

Oh, and that statue of a man on a horse in front of the museum? That’s where I proposed to my wife. In the rain. Top that for romance. 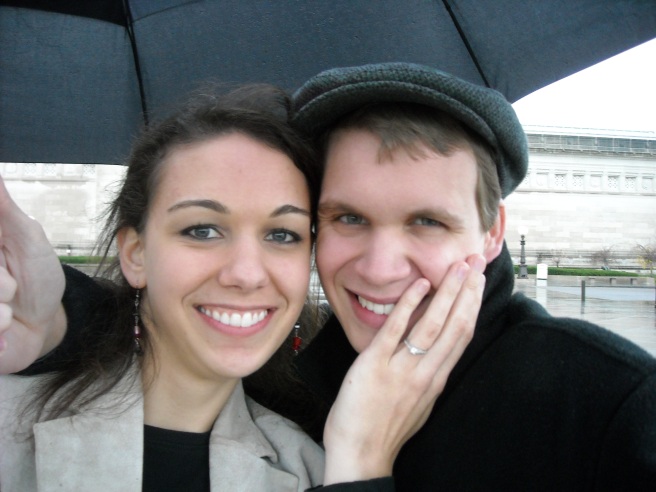 St. Louis has so much free stuff. My wife and I went on countless dates during our poorest days simply because we could. Now we’re in Denver where nothing is free. I want to go home…

3. The Cost of Living 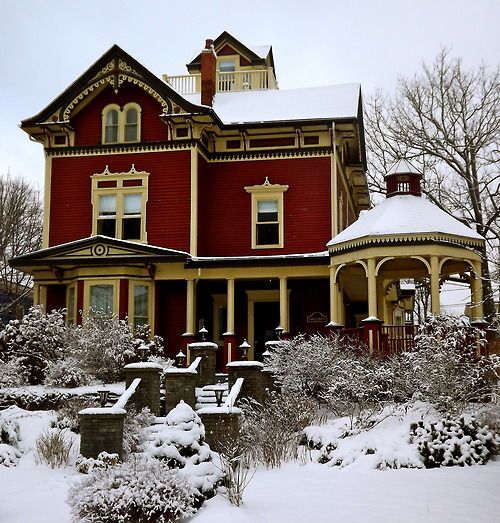 St. Louis is one of the most affordable cities in the U.S., especially for its size and everything it has.

Fitz’s is a soda company that’s famous for its root beer, but also branched out into other drinks like grape, orange, cream soda, coffee cola…wait, what? Anyway, their bottling company happens to be in the Delmar Loop, which I’ve already described. It also happens to be a restaurant.

And a darn good one! The price isn’t cheap, so I wasn’t able to eat there as often as I wanted, but the food was always good, and the french fries are no doubt some of the best I’ve ever had. There’s also a great atmosphere and you can even see the bottling going on from some tables.

But the best part is the bottomless mugs of root beer. Fitz’s root beer is hands-down, no-contest the best root beer I’ve ever had. Screw A&W, screw Barq’s, screw Mug, I’d even say screw Jones’ Soda Company (gently, like a lover; they’re still darn good). Fitz’s is the creamiest root beer in the world and it comes straight out of a bottle, not a can, so it tastes better. As a soda connoisseur, you can take my word for that.

But Fitz’s only has one plant: St. Louis, Missouri. Thus, St. Louis is the only place you can eat their food and drink soda until you get sick. Now the sodas are sold in stores all around the area…but Denver is not part of that area.

I used to have my parents bring some from St. Louis when the came to visit, but then they moved to Idaho, the jerks. Now I have to order it online at $34.95 plus shipping for twelve bottles.

Ah, who am I kidding? Shut up and take my money! 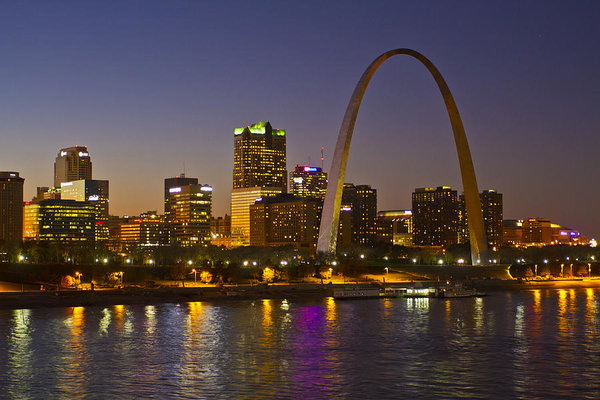 Fun fact about me: I said I lived in the St. Louis area all my life, which is to say that for most of it I actually lived between ten and thirty minutes away in Illinois. So I can’t possibly count the number of times I crossed the river on the Poplar Street Bridge (from which that photo was taken) to come into the city and see the skyline approaching, the magnificent Arch welcoming all newcomers.

Is there any other skyline like it? The river, the buildings, and that one-of-a-kind monument, the Arch.

Another fun fact: I worked at the Arch for about a year and a half, at a little old-timey store called The Levee Mercantile. It’s one of the best jobs I ever had, interacting with hundreds of people from all over the globe who come to see the monument. I’ll admit the elevator ride itself is just okay, but walk around the inside or better yet, walk the Arch grounds and just look at the darn thing. Isn’t it cool?

The Gateway Arch IS St. Louis, and that skyline is so distinctive that even thinking about it makes me want to come back, to cross the Poplar Street Bridge again, to see the Arch and know that I’ve finally come home.

It hurts me to write this list. It’s like talking about an old love that just didn’t work out no matter how much you wanted it to. I know St. Louis has its downfalls…like being named the #1 most violent city in the U.S….again. (source) But when you live in a place that long, you start to see the beauty through the ashes. You grow to love it…and then you have to leave it.

When I think about St. Louis City, it’s the one time I doubt God’s direction for me to move. I have to surrender myself over and over again to remember moving wasn’t because St. Louis was bad, but because I needed something new to wake my sleepy soul up.

But one day…one day I may darn well go back. One day, I may go home.

Until then, I’ll recline in the amber candleglow of memory and raise my glass to my old pal. One day, my friend. One day…