2016 was kind of like playing Jenga with a mongoose while wearing a top hat and getting an enema from an oompa-loompa. Awkward, uncomfortable, and you’re not quite sure how it happened.

However, I’d like to focus on the good. Early in 2016, I decided I wanted to track and follow how much art I consumed, meaning films, anime, games, books, etc. NOTE: These are not artforms that necessarily came out in 2016, but ones I only experienced this year.

But don’t just skim through this blah-blah-blah for me. Think about yourself. How many movies did you watch? Books did you read? Games did you play? Tell me in the comments. 2016…happened…but good art must always be celebrated.

It all started when a blogger told me about the Goodreads challenge, so I set mine for 30 books in 2016. I read 71.

Granted, many of them were graphic novels, a medium I can’t get enough of lately. I read the entire Bone series which. was. AWESOME. I also checked out more Batman comics, like Noel, Knightfall, and The Dark Knight Returns, all excellent. But for non-serialized work, I’d check out Friends with Boys or Anya’s Ghost.

In books without pictures, I finished Brandon Sanderson’s Reckoners trilogy, brushed up on networking, and read two books which pushed Ferryman to the forefront of my projects: Word Painting and Self-Printed, books on creative descriptions and self-publishing, respectively.

Best book I read all year? Either The Complete Calvin and Hobbes (yes, I read it all) or 13 Reasons Why by Jay Asher. The latter is the tale of a teen suicide told by the audio recordings she left for the 13 people involved, and the former…is Calvin and Hobbes. C’mon.

I watched a grand total of 36 new movies this year. Unfortunately, I also read 1001 Movies To Watch Before You Die, so I have plenty left on my list.

Only 4 of those movies were in theaters: Deadpool, Star Wars VII, Finding Dory, and Doctor Strange. Wow, all Disney properties. Well, I’ve been poorer than refrigerator salesman in Antarctica, so I had to go with what I was certain would be good. Deadpool was so hysterical I had to go watch it again (with Christians for added humor), I knew Star Wars and Doctor Strange would be amazing on the big screen, and Pixar is always a safe bet (sans Cars 2).

Even on the small screen, I had some fun. My wife and I started watching one movie from each film year from 1941 onward, and we’ve made it to 1965 thus far, watching the slow progress of film. If you’re interested in any of the articles I wrote on them, click here.

Best movie I saw all year? Deadpool in theaters and Zootopia on DVD. Although I have special place in my heart for Batman: Assault on Arkham. If you didn’t like Suicide Squad, go watch that movie instead. 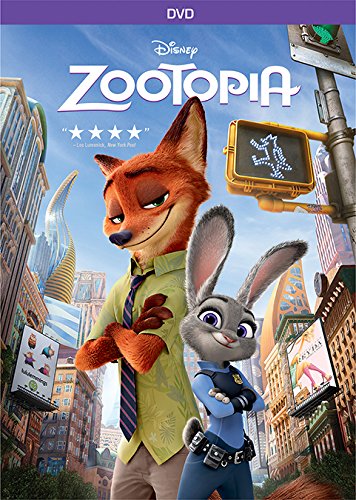 I got to see a grand total of 10 new anime. Well, I tried several more, including Space Dandy and Durarara, but I legit could not finish them. In fact, Episode 2 of Durarara may be the most infuriatingly terrible 24 minutes I’ve ever experienced. However,  I did finish these:

The Best? Hmm, Steins;Gate is funny, exciting, dramatic, and cool. However, Mirai Nikki takes the obsessive girl trope to awesomely horrifying extremes. Both Okabe (I mean Hououin Kyouma) and Gasai Yuno will stick with me forever, for two completely different reasons.

In the non-anime world, I watched less TV, but I did see the last wonderful season of Downton Abbey, one of my favorite shows ever. In fact, I bought the Season 6 DVD without even seeing on TV first. Then, my mother got interested, so she, my wife, and I all binge-watched the whole series again. Best part? Mom bought ALL seasons 1-5 (she has money) and then just gave them to us. Thanks, Ma! And yes, Downton was a freaking awesome show.

I got the Mass Effect Trilogy for Christmas, which I’d never played before. I played the entire trilogy three times this year alone. It is that good. I also got a PS4 so I could play Batman Arkham Knight and liked it quite a bit, though not as much as City. I replayed that whole franchise, too. Better still, I got the HD rerelease of one of my favorite games: Final Fantasy X (X-2 is in there, too, but we don’t talk about it). I even got to try some newer games like the just-okay Rise of the Tomb Raider and the immersive-yet-just-okay Life is Strange.

But the best of the year? Xenoblade Chronicles. One of the richest, biggest, cleverest, and most engaging RPGs I’ve ever played. And most expensive. Friggin’ Amazon.

This was not a big year for me in music–in fact, I lost a couple CDs that also mysteriously vanished off my iPod. It’s okay, they were just soundtracks from JAPAN, YOU JERKS!!

However, Theocracy, the Christian power metal band (as radical as it sounds) released an amazing new album and I discovered Johnathan Young, a Youtube cover artists who does rock renditions of Disney songs, anime openings, Power Rangers, Phantom of the Opera, Christmas songs, and so much more. He’s awesome. Check him out.

Best song? Around the World and Back by Theocracy and Poor, Unfortunate Souls by Johnathan Young.

Moving from St. Louis to Colorado and then Idaho let me try 20 new eateries, from restaurants to dessert shops. I’d never seen an Old Chicago before, but I love it now. If you’re in Denver, High Point Creamery is a gem of an ice cream shop, and for you ever visit Southern Idaho, try out Snow Bunny or Burger Stop for some amazingly good burgers (unhealthy as crap, but still).

Hmm, do new candy shops count? If so, add 2. See’s Candies has some of the best chocolate evah and Lolli and Pop’s makes me feel like a kid in a…well, candy store. Which it is. Never mind.

I also got to see my little brother perform his thesis dance for his master’s program in Salt Lake City. He’s definitely one of the most talented and passionate people I’ve ever met and if you’ve never seen a modern dance, go check it out at your local liberal university.

I got a nano-fiction (less than 100 words) in Splickety Magazine’s March edition (News That Never Happened), I got a volunteer writing position for Pop Culture Uncovered (Great site, click here for my particular articles), and I wrote a 76,000-word novel for NaNoWriMo.

As for my novella, Ferryman…well, come back on Monday, January 2nd and see.