But I haven’t given much attention to the good things, and that’s not fair. So to make up for it, here are the five best things happening in Christian fiction from my perspective.

I said in a previous post that many Christians were shoehorned into writing explicitly-Christian stories only, and that those who wrote general market fiction were questioned.

This is less and less true. So many boldly-Christian writers are realizing that commitment to God doesn’t just play out in evangelism, but in good work. That means any type of fiction can be sanctioned by God (well, maybe not erotica).

Instead of forcing a Jesus character into their narrative, some Christians simply choose to write stories and let the art itself reflect their maker.

FINALLY! For the longest time, it seemed like Christianity had only a handful of genres: Amish, romance, conspiracy/doom, cop/fireman/soldier stories, sports, and supernatural.

This isn’t to say those genres didn’t exist before. But for a long time, conservative Christianity kept only a few “approved” titles in the spotlight. But new writers are stepping up, and they’re far more diverse than Family Christian could handle.

Speaking of budding genres, did you know there’s a conference for Christians who write sci-fi, horror, fantasy, supernatural, and other speculative fiction? AND IT’S AWESOME!

I was lucky enough to go once and unlucky in that I haven’t been able to be back since. But that one trip introduced me to many names and faces, many titles, and many ideas. It’s not just a bunch of Christian weebs hanging out in cosplay (although they totally have a cosplay night, the nerds). There’s good information, plenty of contacts, and more fun and encouragement than you can shake a wand at.

It’s not just that there’s a Christian writing conference–those also exist. But one exclusively for Spec Fic writers of faith? That would not have happened even ten years ago! Now, those genres are skyrocketing.

It’s a prime time for a Christian to be a nerd!

I’ll once more begin by saying I’m not against eliminating conservative Christianity entirely. The problem, however, is that this type of Christianity has held too much power, giving credence to only G-rated Christian fiction.

But the scales are tipping at last.

Christians are asking “Why are cuss words bad?” “If violence is okay in Christian art, why not sex?” “Are homosexual characters forbidden, even as side characters?” and more.

What I love is that Christians aren’t diving headfirst into sin and debauchery like the floodgates are finally open. Remember: balance is the key. And from my perspective, Christians are going into these dark caves with lights, helmets, and friends.

They’re writing blogs discussing the subjects, asking friends, searching the Bible, and trying things out themselves. Christians are asking where the line is, not so they can indulge in sin, but so that they can writer better stories and know the full power of God’s grace and freedom. 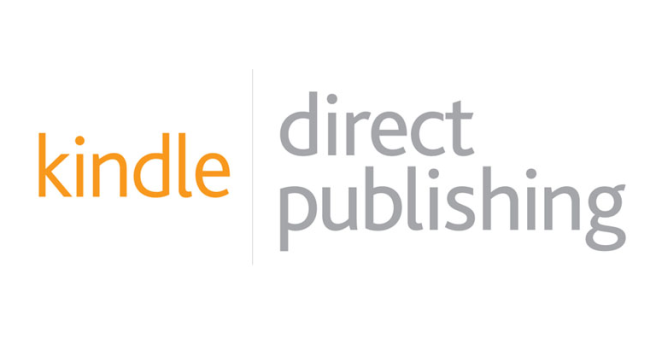 A common criticism is that Christians are behind the times. With every trend, Christians are left in the dust for 20+ years. Like how sci-fi and fantasy vanished after Tolkien and Lewis, only revitalizing recently.

But not self publishing. We can debate the good and bad of self-publishing, but the point is that Christians are jumping on a game-changing trend as fast as everybody else.

In a sense, we have to. Christian fiction has always been a niche business and it’s getting smaller. So, the artists are adapting, becoming their own marketers and enjoying the ease of self-publishing.

Just like the rest of the world. Authors are learning about marketing tactics, platforming, and branding, while also connecting with editors, cover designers, and everything else they need to make a book come to life and sell. They aren’t always successful, but success is now a possibility.

Christian fiction is reaching to new avenues before they’re outdated.

Authors Ben Wolf and Ralene Burke, taken at a Realm Makers. Told you they were all nerds. Original Photo Source HEREIt’s been a blessing to get to know Christian fiction writers of all sorts. Through the conference, though books, through social media, it doesn’t matter, the CF community has been incredible.

Everything I’ve listed above? It’s all because of the writers. They were fans of sci-fi and fantasy and made Realm Makers. They grew up with YA books and wrote their own before the trend had died. They saw the rules and asked why they exist.

And they’ve striven to bring others into their fold and teach them their ways. They’re emissaries of God, not seeking selfish gain at the expense of others, but trying to glorify him with their works through creativity.

While I lament many things about Christian fiction, it’s heartwarming to see the playing field changing before my eyes–in miles, no less, rather than inches.

The future might not be as blatant, as safe, or even as lucrative as the past generations were, but I’d still say we’re moving towards something better.

Thanks for reading. If you liked this post, share it with your friends or subscribe to see more and get a free book. And if you want to help keep this site alive, as well as create some new fiction, consider supporting me on Patreon and get some cool perks in the process.