In case you haven’t heard that word before, “Apologetics” is essentially a defense or explanation for your belief in God and/or his ways. If someone says, “God is dumb,” and you say, “Nuh-uh,” that’s your apologetic. Not a good one, but still…

Christians have been defending themselves for thousands of years now, as is instructed by Peter (1 Peter 3:15) and plain old common sense. Many people don’t believe in God, so it helps to have an explanation or two handy.

Now for some brutal honesty: in my experience, most Christians who attempt apologetics suck at it. Nobody gets it right all the time, but I’m stunned by how many of us whittle our defenses down to “Well God said so and you’re stupid.” Apologetics won’t always convince people, but attitudes like that won’t convince anybody.

So, having studied the subject for several years now and stumbled over a few idiot blocks myself, I thought I’d lay out a few helpful tidbits for explaining our faith to nonbelievers and believers alike.

Allow me to summarize most Christian-secular arguments:

What would you say at that point? Most Christians keep pointing to the Bible without saying why it’s important, so you can add to bottom of that excerpt, “Rinse and repeat.”

You should definitely use the Bible as your standard of truth and freely use it to explain your own actions, but non-Christians won’t act the same. They generally don’t care what the Bible says, at least not as a final authority. If you plan to use God’s word to prove them wrong, you must first show them that God’s word is right. If you can’t do that, then you’ll never get anywhere with them.

How do you prove God’s word is right? Well, you can spend years and years researching textual criticism, manuscript authority, ancient languages, scientific methods, and salesmanship techniques…or you can just get them to like Jesus. Then they’ll do half the work themselves.

Boy, Christians love to whittle the truth down to one-sentence truisms. They’re catchy and make us sound smart, like we distilled the entirety of the gospel into a single, all-encompassing phrase.

Or make us look stupid and ignorant.

Remember Job from the Bible? Job asked why he was suffering and his friends said, “Because you sinned. Repent and God will fix it.” But chapter 1 of the book of Job said this wasn’t true, that Job was very righteous, yet Satan was allowed to attack him anyway. The oversimplification of “Pain only comes to the wicked” doesn’t account for the whole picture of suffering.

When someone I knew came out as transgender, the Christians in their life said “‘Male and female God created them (Genesis 1:27),’ and God doesn’t make mistakes.” They responded, “But the Bible also says the world is fallen and not everything goes as it should.” That’s a good reply, straight from the Bible (Gen 3 among others). Does the corruption of the fall mix up genders at birth? I don’t know, but the point is that answers aren’t always so simple as we think.

So how do you think comprehensively? For one thing…

Of all the Christian virtues, study may be one of the most neglected. We think blind faith means ignorant faith, or that “faith of a child” means “brains of a child.” God commanded the Israelites in the Old Testament to keep the Scriptures all around them and meditate on them constantly (Deuteronomy 6:1-9).

How do you study? Start with Scripture. Live it, breathe it, soak yourself in it. It’s God’s word, the ink-and-paper manifestation of Christ himself (John 1:1, 14), so get it in you as much as possible. If you can, get a study Bible or Bible commentaries to help understand tricky parts. The internet also has plenty of tools for studying concepts, books, verses, themes, even individual words. Read the Bible and study how to read the Bible (also called “hermeneutics”).

In addition to all that, study the issues at hand. Don’t argue politics if you don’t know politics. We can talk about what “those people” believe, but have you actually spoken to them? What changes are those “malcontents” really calling for? If you want to argue something, know what you’re talking about.

A tall order? You bet! This is life, and life is a big, multifaceted topic. You can’t know everything, but you also can’t argue what you don’t understand. The more you understand, the more logical holes you can find and fill, while simultaneously showing the other person that you care enough to try understanding them. But as always, Scripture has the final word. Why? Let that be your first assignment.

4. Remember Who the Enemy Is 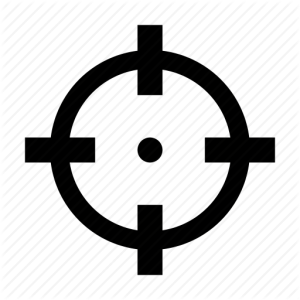 I remember seeing a clip from the film God’s Not Dead 2, where a Christian man quotes Ephesians 6:12, how our struggles are not against flesh, but the powers of darkness. But then the rest of the movie ignores any spiritual element and attacks the flesh (the schools, the layers, the government, and the atheists).

Jesus criticized the self-righteous pharisees, but also ate with them. That famous verse, John 3:16 was spoken to a Pharisee. Jesus knew his enemy wasn’t the Pharisees, but the devil, which is why he cried out that God forgive these people for crucifying him (Luke 23:34), for the cross was always his goal, not victory in the flesh.

Your goal isn’t just to win an argument or change a law or protect your status. The ultimate goal of apologetics is to explain the faith to non-believers, to show them that the way of Christ is better than any alternative. You do this by attacking bad philosophy, demons, religion, and the like, but you cannot destroy the person, for that is what God made. The person you are to pick up, heal, encourage, and set free. 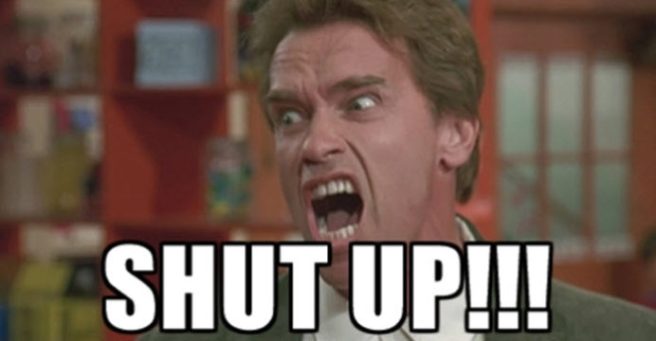 You’ll never convince everybody. Not everyone who asks a question wants the answer, and even at your best, someone will think you’re at your worst. You know what to do at that point? You shut your mouth and move on.

James 3:1-12 says the tongue is a dangerous tool, which means you’d better have a sheath for it. Only Jesus can speak perfectly, and even he kept quiet at times.

If you don’t know what to say, don’t say anything. Or just say, “I don’t know.” If you’re afraid of looking stupid, you’ll look far dumber if you keep talking. Or worse, you’ll get angry and start spewing venom, which won’t help. You can venture guesses, but you’d better preface that it is indeed a guess.

Your words won’t save them; God will save them. If God has nothing more to say at that moment, anything you add will only make things worse.

I offer you these rules as one who’s broken every one of them and seen the consequences. We can’t merely open our mouths and expect genius to come out. We have to put in some work, be it study or prayer or the struggle to love somebody enough to speak good into their life even if they’re speaking evil into yours.

And always remember that the best apologetics come from living out the hope you preach. Remember 1 Peter 3:15, which I quoted at the top? The verse that says we should have a ready defense if anybody asks about our faith? The first line of that verse is “But in your hearts revere Christ as Lord.” Not your arguments, your plans, or your status as a heathen-silencer, revere Christ as Lord only.

If you do that, the rest slowly falls into place.